Picture this: You’re walking around in the most stylish shoes and clothing pieces currently on the market. What brand are you picturing in your mind? Is it Off-White?

This year, Off-White was named the most popular brand in the world, but it isn’t the first time that they’ve snatched the coveted top spot. If you’re unfamiliar with the brand at this point, you might be living under a rock.

Just kidding! But seriously, it’s time to learn a thing or two about Off-White and why it continues to steal people’s hearts… and cash.

If you’re into luxury streetwear fashion, you’ll appreciate all of the things that Off-White has to offer. Keep reading to learn about the founder, the brand, and the future of Off-White.

The Founder of Off-White

The founder of Off-White, Virgil Abloh, graduated from the civil engineering program at the University of Wisconsin-Madison in 2002. The same year, Abloh met Kanye West and began designing his album art and merchandise.

In 2006, he received a master’s degree from the Illinois Institute of Technology in architecture. Three years later, he interned at Fendi but was unable to make an impact during his time there.

In 2010, Abloh became the official creative director for Kanye West, a title that almost every artist gives out these days.

The first large project he completed with Kanye was the art direction for Watch the Throne, a joint album with Kanye and Jay-Z. Abloh became more well-known in the hip-hop world because of this.

Abloh opened his own boutique in 2012 called Pyrex Vision that involved buying Champion basics and Ralph Lauren pieces. He would screen print his own graphics and designs on them.

Although a little controversial because of the pricing, it involved A$AP Rocky which created enough buzz alone.

The Beginnings of Off-White

A year after his boutique opened, he founded the label Off-White. The design aesthetic is centered around plain labels, diagonal lines, and white arrows. The fabrics started off as high-end and continue to be to this day.

The first womenswear line for Off-White debuted at Paris Fashion Week in 2014. Because of this Abloh was selected as a finalist for the LVMH Prize getting him into rooms with famous designers.

Can you guess what happened next? The designers loved the brand!

Nike partnered with Off-White in 2017 and had Abloh redesign 10 of the company’s classic and best-selling styles. The starting price points were around $200 but purchasing this line of sneakers has become rare.

For this reason, you’ll be looking at resale prices of upwards of $1,000. You can shop for Off White Nike and other collaborations currently.

In the same time frame, Abloh created a collection with Nike again designed for Serena Williams. The following are a few more collaborations Abloh completed during the same year:

He even had collections with the famous DIY furniture store, Ikea. He also collaborated with McDonald’s much like notable icons BTS and Travis Scott recently have.

Every brand runs into controversy a few or even many times throughout their lifetimes. Off-White is one of those brands that are extremely controversial thanks to Virgil Abloh himself. But hey, free advertising, right?

Off-White has worked with socially conscious artists like Jenny Holzer to create a line of anti-neo-nationalism and pro-immigration pieces.

Meanwhile, some believe that the foundation of Off-White is based on stolen ideas. Abloh denies all accusations and stands by his simple yet aesthetic designs.

The entire idea of Off-White is “everything in quotes.” If you’ve never seen Off-White shoes or an off-white shirt, you might not understand the meaning.

“Everything in quotes” is literal as elements of Off-White sneakers and other pieces include quotes. For example, Off-White has waterproof riding boots for sale with the words “for riding” in quotes splattered on them.

Along with this, you can find shoelaces that say “shoelaces” on them or a scarf with “scarf wrote on it.

The Rise of the Streetwear Kids

Because Off-White is worn by lovable celebrities, rappers, actors, etc., it has become one of the most popular streetwear brands out there.

What might seem stupid to some is genius to others. Streetwear kids believe that the brand is deeper than it is.

Off-White has done what other high fashion brands have failed to in the past, appeal to the new generation. The streetwear kids interested in high fashion these days are so because of brands like Off-White.

Abloh, above all, benefits from the return of logos, social media trends, and hip-hop music and fans. He has capitalized on these things much quicker than other labels.

The Brand for Sneakerheads

Although the Off-White brand has different fashion pieces out there, Abloh is most well-known for the Off-White sneakers. The collaborations that Off-White has are special, but the brand has its own sneaker releases as well.

The ability to cop Off-White sneakers once they release isn’t as easy as you’d think. If you’re a sneakerhead, you’ll need to get yourself a pair of Off-Whites in the future.

The Future of Off-White

So, what is the Off-White brand? Off-White is now the most popular high-end luxury fashion label founded by Virgil Abloh in 2012.

Off-White is well-known for collaborations with other brands, some similar and some that might seem odd. No matter where the brand goes, buyers are waiting to get the latest fashion pieces.

In the future, we can expect Off-White to continue breaking barriers and dropping some of the most wanted releases for fashion lovers.

Don’t want to stop reading articles like this? Check out the other posts on our blog. 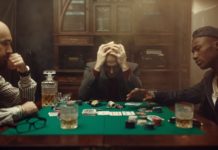